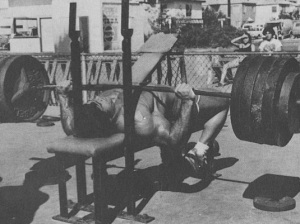 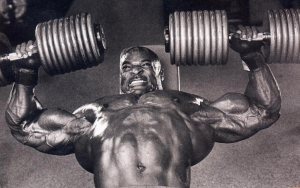 You’re not increasing weight or repetitions

Otherwise known as the progressive overload principle, which is basically; Strength and all other components of fitness increase if the training becomes more demanding.

It is commonly explained by the ancient Greek story of Milo (You’ve probably heard this before!), who lifted a calf every day and so, as it grew, he was eventually lifting a fully grown bull. This however, is actually referring to linear periodisation, which is followed by most serious athletes, and the majority of lifters will benefit greatly from it initially – (simply increasing the weight on the bar, by small increments, every workout) – but, to continue making progress past these initial gains, some further variation is necessary. For progressive overload to continue past hitting plateaus in linear periodisation we can look at increasing repetitions.
This does not imply doing sets of 30 reps on a given exercise, but, instead when a weight increase is no longer possible due to current strength limits, reduce the weight used and perform more repetitions than previously lifted with that lowered weight. For example you’ve benched 100kg for 6 reps previously and been adding 1kg to the bar each workout. At 110kg you stall and can’t get more than 1 rep. Drop back to 100kg and aim to beat the 6 reps you lifted at the time. If you then hit 8 reps, you have clearly increased your strength, with this increase you should then have built some muscle alongside it (as long as you’ve been eating enough! – see reason 1). You would then continue with normal 1kg increases as before, only this time you have a set rep record to beat every time you workout. On top of this you can monitor your progress and improve every session!